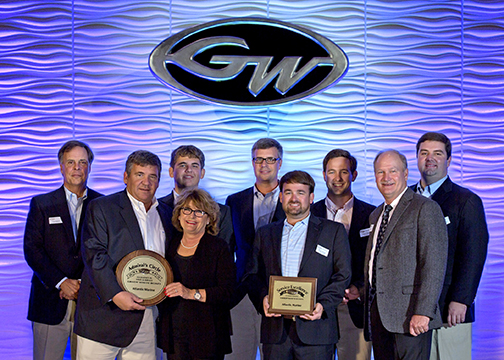 We were pretty excited when we got the news that our client, Atlantic Marine, was to be given the Gold Anchor Sales Award by Grady-White Boats.
Not only did Atlantic Marine sell more Grady-White boats than any other dealer in North Carolina, but beat out every dealer in the country, and the rest of the world!
(Competing against more than 22 participating countries!)
This was in addition to also receiving the Admiral’s Circle Award for the 6th consecutive year!
Utilizing an aggressive advertising approach that encompasses every media stream at Colonial’s disposal, including radio, television, and internet advertising, we’re happy to be a part of this sales success story!